Yup.  That’s right.  I went there.  Sure, did.  I want to talk about the song, “Gangnam Style,” which several years ago, went viral and exploded across the internet, TV, and radio.  This is the song that literally jet-set Korean pop sensation, Psy, into international stardom.

The first time I ever heard this song was on the radio as I was driving in my vehicle.  “Gangnam Style” came on and I honestly had no clue what I was listening to.  I honestly thought that the song was in Spanish or Portuguese or something.  When I heard it on the radio again and again and again, I finally had to look it up and start asking some of my friends who educated me on the fact that it was a Korean song and that some guy named Psy had fabricated a very popular dance to it.  Little did I know that people around the world were going crazy over this song!

I recently stumbled upon this YouTube video of students partaking in a flash mob at the UC Berkeley campus.

The flash mob above really is an incredible sight to witness.  Yes, it’s really cool to see people dressed up as characters from Super Mario Brothers.  Yes, it’s really cool to see a HUGE group of people dance in unison.  Yes, the song is pretty catchy (after you listen to it over and over and see people rock out the dance moves).  What’s even more impressive than all of those components in the video is the pure INFLUENCE that 1 song has on such a large volume of people.  In the video you’re witnessing a large group of people coming together over ONE song.  The unison, the high level of energy, and the spike of engagement depicted in the video is a true testament to music’s ability to breed happiness.

If the UC Berkeley video didn’t impress you, feel free to check out the video below from the 2012 American Music Awards:

I don’t think I’ve ever seen so much engagement and pure outburst of energy at any award show on television.  The audience at the 2012 AMA looks so ecstatic; it’s as if they’re on 2 cups of coffee, an energy drink, and dancing ferociously to cut weight in order to fit in their perfect outfits!  I never would have thought that “Gangnam Style” would become so popular that Psy would actually put on a live performance at the AMA and team up with musical legend MC Hammer! 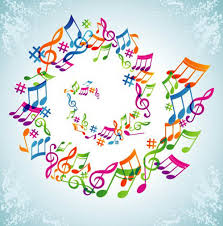 Hey everyone!   Hayes here!  Hope you enjoy this post!  As you may or may not know, I created this website to talk about how various types of music can influence our emotions.  This first post is going to be an interesting one…..I wanted to talk about the song “Only Time” by Enya.

Yup.  That’s right….”Only Time” by Enya.  Haha!!  Yeah, I know what you’re thinking…it’s certainly an interesting one, but the other day I was chilling with a friend of mine and she had her Spotify playlist on.  The majority of her songs were hip-hop, rap, and R&B.  As we were chatting, having fun, and being our normal, goofy selves, “Only Time” started playing.  I couldn’t help but laugh inside and burst out, “Why is Enya on this playlist!??”  It wasn’t so much that I thought the song was ridiculous, in fact, I actually love the song.    The contrast of playing Enya next to hip-hop music like Eminem, Dr. Dre, 50 Cent was just rather hilarious.

I personally feel that it’s a song that’s so simple, but has so much depth to it.  It’s not a song you’d want to booty-shake to, but there’s certainly a lot of actions that could certainly go along well with this song.  When I think of “Only Time” it reminds of a song that I would want to meditate to.  Or perhaps listen to while I take a peaceful bath.  I certainly wouldn’t be opposed to listening to this song while on my commute to work.  Heck, I think this is a great song to listen to after bulking up at the gym, and taking some nice protein shakes and vitamins afterward.  I could even imagine this song playing in the background of a couple that’s making love to one another.

Whatever scenario you imagine, there’s no doubt that Enya can evoke deep feelings of drama in any individual regardless of your taste in music!  In case you haven’t hear the song, or just want to listen to it again, here’s a music video, along with a tasty remix below.  Enjoy!